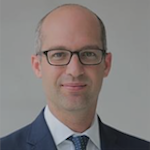 Judd Devermont is the director of the Africa Program at the Center for Strategic and International Studies (CSIS). Prior to joining CSIS, he served as the national intelligence officer for Africa from 2015 to 2018. In this position, he led the U.S. intelligence community’s analytic efforts on sub-Saharan African issues and served as the DNI’s personal representative at interagency policy meetings. From 2013 to 2015, he was the Central Intelligence Agency’s senior political analyst on sub-Saharan Africa. Mr. Devermont also served as the National Security Council director for Somalia, Nigeria, the Sahel, and the African Union from 2011 to 2013. In this role, he contributed to the U.S. Strategy Toward Sub-Saharan Africa, signed by President Obama in 2012, and managed the process that resulted in U.S. recognition of the Somali government for the first time since 1991. Mr. Devermont spent two years abroad working at the U.S. Embassy in Abuja, Nigeria from 2008 to 2010.

Mr. Devermont is a lecturer at George Washington University’s Elliot School of International Affairs where he co-teaches a class on U.S. intelligence analysis on sub-Saharan Africa. He is also a senior adviser at Kupanda Capital, a pan-African investment platform, and at Fraym, a data analytics firm. Mr. Devermont hosts Into Africa, a biweekly podcast series on African politics and policy. He has a master’s degree in African studies from Yale University and bachelor’s degree in history from the University of California, Los Angeles.