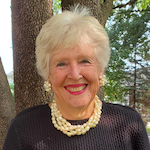 Jan Scholtz is Broker/Owner of Jan Scholtz Realtors, a company which specializes in the sale of residential, investment and commercial properties as well as property management in Kentucky and Indiana. She also has a strong corporate relocation program with major corporations in the Louisville Metro area.

As a Past President of the Greater Louisville Association of Realtors and Realtor of the Year in 2010 Jan is very involved in advocating for realtors as well as buyers and sellers.

Involvement and giving back to the community are very important to Jan. She has been a member of the Board of Directors of the Louisville Committee on Foreign Relations, the Greater Louisville Association of Realtors, the Younger Woman’s Club, the Fillies, the Louisville Boat Club, Bridgehaven Inc and Children’s Hospital Auxilliary. Community engagement through Leadership Louisville and Bingham Fellows was a very rewarding experience. 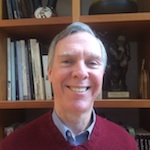 Charles E. Ziegler is Professor of Political Science and Distinguished University Scholar at the University of Louisville. A specialist on the domestic, foreign and security policies of Russia and Eurasia, Ziegler is co-editor (with Judith Thornton) of The Russian Far East: A Region at Risk (University of Washington Press, 2002), and author of The History of Russia (2nd edition, Greenwood Press, 2009), Foreign Policy and East Asia (Cambridge University Press, 1993), and Environmental Policy in the USSR (University of Massachusetts Press, 1987). His latest edited book, Civil Society and Politics in Central Asia, was published by the University Press of Kentucky in 2015. Ziegler was also Guest Editor for a Special Issue of the journal International Relations, “Critical Perspectives on the Responsibility to Protect: BRICS and Beyond” (2016). He is currently working on a book on the great powers in Asia.

Ziegler has held an International Research and Exchanges Board Advanced Individual Research Opportunity grant, a Senior Fulbright Fellowship to Korea, an International Affairs Fellowship of the Council on Foreign Relations, and the Hoover Institution National Fellowship. In 1989 he was a visiting scholar at the International Institute for Strategic Studies in London, and served as Legislative Assistant for Defense and Foreign Policy to Senator Kent Conrad (D-ND). Ziegler is founder and Senior Scholar of the Center for Asian Democracy. He has served as Executive Director of the Louisville Committee on Foreign Relations since 1990, and is currently Faculty Director of the Grawemeyer Award for Ideas Improving World Order. He was Project Director for a State Department funded program on building civil society in Kazakhstan, and was consultant to the PhD program at Eurasian National University in Astana. Ziegler received the BA from Purdue University, and the AM and Ph.D. from the University of Illinois at Urbana-Champaign. He is married to Janna Tajibaeva and has a son, Alan.