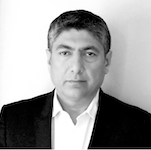 Ambassador Omar Samad is currently CEO of Silkroad Consulting LLC, based in Virginia, USA. He has been a lecturer on “Radicalism Within Islam, Drivers and Policy Options” with the Honors’ Program at the University of Maryland. At the request of the Afghan government he represented his country at the 73rd General Assembly of the United Nations in September 2018.

Ambassador Samad spent much of his career in the diplomatic service of Afghanistan. From end of 2014 until 2016 he worked as Senior Advisor for Policy and Strategy to the Chief Executive of Afghanistan in Kabul. Prior to that he was Senior Central Asia Fellow at New America Foundation (2013-14), and Senior Afghan Expert at the United States Institute of Peace (2012-2013), during which time he conducted and published a survey of views and perceptions of Afghan political elites on the 2014 transition period in Afghanistan.

Ambassador Samad earned a Master’s degree in International Relations from the Fletcher School of Law and Diplomacy (2006), and has a B.A. in Communications from the American University in Washington, D.C. (1991). He also attended schooling in Paris, London and Kabul (1966-79). For more than 30 years, he has written numerous articles and op-eds, and is frequently interviewed by the international media on issues dealing with Afghanistan, the U.S./NATO mission, the Islamic world and regional developments.