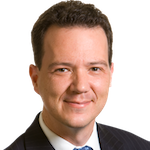 Dr. Theodore Bromund is our featured speaker for October; he will discuss the very timely topic of Brexit and U.S. relations with the United Kingdom.

Dr. Bromund is uniquely qualified to talk on Brexit.  He studies and writes on Anglo-American relations, U.S. and British relations with Europe and the European Union, America’s leadership role in the world, and international organizations and treaties as senior research fellow in The Heritage Foundation’s Margaret Thatcher Center for Freedom.

Bromund, who joined Heritage in 2008, previously served nine years as associate director of International Security Studies at Yale University, a center dedicated to the study and teaching of diplomatic history and grand strategy.

He received his doctorate in history in 1999 from Yale. He also holds two master’s degrees in history from Yale and a BA degree from Iowa’s Grinnell College. His doctoral thesis on Britain’s first application to the European Economic Community won the Samuel H. Beer Dissertation Prize from the American Political Science Association’s British Politics Group.

At Yale, he was a lecturer in history beginning in 1999, and in international affairs for the MA program beginning in 2004. In Washington, D.C., he has served as an adjunct professor of strategic studies in the Strategic Studies Program at the Johns Hopkins University School of Advanced International Studies.

A columnist for Newsday and Forbes, Bromund writes regularly for National Review and FoxNews.com, and, in Britain, CapX and the Yorkshire Post. He is a regular contributor to The Daily Signal, Heritage’s multimedia news organization. Bromund has been interviewed or cited by BBC News, CBS News, CNN, Fox News, Fox Business, NPR, Radio Free Europe, the Atlantic, Bloomberg, Christian Science Monitor, Time, and the Financial Times, among others.

Besides contributing articles to scholarly journals, Bromund is the author of a chapter on former British Prime Minister Tony Blair and the fall of Iraqi dictator Saddam Hussein in the book The Blair Legacy: Politics, Policy, Governance, and Foreign Affairs (Palgrave Macmillan, 2009).

In 2013, Bromund was recognized by the Second Amendment Foundation as its Scholar of the Year for his analysis of the Arms Trade Treaty. In 2016, he received the Foundation’s Global Leadership Award. In the same year, he received Heritage’s Joseph Shattan Award in recognition of the quality of his writing.

A native of Wooster, Ohio, he resides in Washington, D.C.