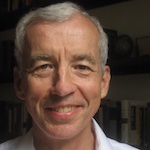 Dr. Pillar is a Nonresident Senior Fellow of the Center for Security Studies in the Edmund A. Walsh School of Foreign Service at Georgetown University. He also is a Nonresident Senior Fellow in Foreign Policy at the Brookings Institution and an Associate Fellow of the Geneva Center for Security Policy. He retired in 2005 from a 28-year career in the U.S. intelligence community, in which his last position was National Intelligence Officer for the Near East and South Asia. Earlier he served in a variety of analytical and managerial positions, including as chief of analytic units at the CIA covering portions of the Near East, the Persian Gulf, and South Asia. Dr. Pillar also served in the National Intelligence Council as one of the original members of its Analytic Group. He has been Executive Assistant to CIA’s Deputy Director for Intelligence and Executive Assistant to Director of Central Intelligence William Webster. He has also headed the Assessments and Information Group of the DCI Counterterrorist Center, and from 1997 to 1999 was deputy chief of the center. He was a Federal Executive Fellow at the Brookings Institution in 1999-2000. Dr. Pillar was a visiting professor in the Security Studies Program at Georgetown University from 2005 to 2012.

Dr. Pillar received an A.B. summa cum laude from Dartmouth College, a B.Phil. from Oxford University, and an M.A. and Ph.D. from Princeton University. He is a retired officer in the U.S. Army Reserve and served on active duty in 1971-1973, including a tour of duty in Vietnam. He is the author of Negotiating Peace: War Termination as a Bargaining Process (Princeton University Press, 1983); Terrorism and U.S. Foreign Policy (Brookings Institution Press, 2001; second edition 2003); Intelligence and U.S. Foreign Policy: Iraq, 9/11, and Misguided Reform (Columbia University Press, 2011); and Why America Misunderstands the World: National Experience and Roots of Misperception (Columbia University Press, 2016). He is a contributing editor of The National Interest and blogs at nationalinterest.org.