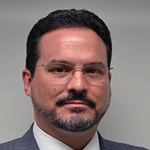 The Louisville Committee on Foreign Relations is pleased to announce a special holiday dinner meeting in conjunction with the Frazier Museum’s exhibit, Personal Stories of Pearl Harbor. **LCFR Members will have special access to the exhibit from 5:00 to 6:00 pm.

Our guest speaker is Dr. Michael J. Green, Senior Vice President for Asia and Japan Chair at the Center for Strategic and International Studies, in Washington, D.C., and chair in modern and contemporary Japanese politics and foreign policy at the Edmund A. Walsh School of Foreign Service at Georgetown University.

Dr. Green served on the staff of the National Security Council (NSC) from 2001 through 2005, first as director for Asian affairs, with responsibility for Japan, Korea, Australia, and New Zealand, and then as special assistant to the president for national security affairs and senior director for Asia, with responsibility for East Asia and South Asia. Before joining the NSC staff, he was senior fellow for East Asian security at the Council on Foreign Relations, director of the Edwin O. Reischauer Center and the Foreign Policy Institute, and an assistant professor at the Paul H. Nitze School of Advanced International Studies (SAIS) at Johns Hopkins University, research staff member at the Institute for Defense Analyses, and senior adviser on Asia in the Office of the Secretary of Defense. He also worked in Japan on the staff of a member of the National Diet.

Dr. Green is also currently a nonresident fellow at the Lowy Institute in Sydney, Australia, and a distinguished scholar at the Rebuild Japan Initiative Foundation in Tokyo. He is a member of the Council on Foreign Relations, the Aspen Strategy Group, the America Australia Leadership Dialogue, the advisory board of the Center for a New American Security, and the editorial boards of the Washington Quarterly and the Journal of Unification Studies in Korea. He is also an associate of the U.S. Intelligence Community. Dr. Green has authored numerous books and articles on East Asian security. His current research includes a book project on the history of U.S. strategy in Asia; a survey of elite views of norms, power, and regional institutions in Asia; and a monograph on Japanese strategic culture. He received his master’s and doctoral degrees from SAIS and did additional graduate and postgraduate research at Tokyo University and the Massachusetts Institute of Technology. He received his bachelor’s degree in history from Kenyon College with highest honors. He holds a black belt in Iaido (sword) and has won international prizes on the great highland bagpipe.