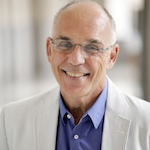 Dr. Henri J. Barkey is the Bernard L. and Bertha F. Cohen Chair in International Relations at Lehigh University and an adjunct senior fellow for Middle East studies at the Council on Foreign Relations. At CFR he works on the strategic future of the Kurds in the Middle East.

Previously he was the Director of the Middle East Center at the Woodrow Wilson Center for International Scholars (2015-2017). Barkey served as chair of the Department of International Relations at Lehigh University for thirteen years. He served on the State Department Policy Planning Staff (1998-2000) working on the Eastern Mediterranean, the Middle East and intelligence-related issues. He was a non-resident Senior Associate at the Carnegie Endowment for International Peace (2008-2011).

Dr. Barkey has the unique distinction of being falsely accused by the Turkish government of being a plotter in the July 2016 coup against the government of Recep Tayyip Erdogan, as detailed in a November 12, 2017 story in the Washington Post.

Currently Dr. Barkey serves as the chair of the Academic Committee on the Board of Trustees of the American University in Iraq, Sulaimani. He is the author or editor of seven books and dozens of articles on Turkey, Iraq, the Kurds, and U.S. policy in the Middle East in the Washington Post, New York Times, Los Angeles Times, The National Interest, and the Wall Street Journal, among others.

He received his B.Sc. in Economics from City University London, M.Sc. in International Relations from University College London, and Ph.D. in Political Science from the University of Pennsylvania.