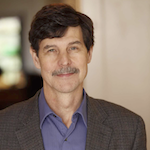 David B. Woolner is Senior Fellow and Resident Historian of the Roosevelt Institute, Professor of History at Marist College, and Senior Fellow of the Center for Civic Engagement at Bard College. He is the author of The Last 100 Days: FDR at War and at Peace, (Basic Books, 2017) and is editor/co-editor of five books, including Progressivism in America: Past Present and Future (Oxford University Press 2016), FDR’s World: War, Peace and Legacies (Palgrave, 2008); and FDR, the Vatican and the Roman Catholic Church in America (Palgrave, 2003).

A frequent commentator on the links between the past and the present, his media appearances include interviews with CNN, the BBC, Al Jazeera, the History Channel, NPR; CBC Radio, the New York Times, Wall Street Journal, and the Washington Post. He served as historical advisor to the Ken Burns film The Roosevelts: An Intimate History and for numerous special exhibitions at the FDR Presidential Library and Museum. He has held the Mary Ball Washington Chair in American History at University College Dublin (2016-2017); the Roosevelt Fellowship at University College Roosevelt, in Middelburg, the Netherlands (Spring 2016); the Fulbright Distinguished Research Chair at the Roosevelt Study Center, also in Middelburg (2010); and an Archives Bi-Fellowship at Churchill College, Cambridge (2007).

In 2001-2003, Dr. Woolner served as the principle organizer of a project entitled “Contemporary Russia and the New Deal,” a two-year program funded by the Carnegie Corporation of New York that explored the relevance of the New Deal to contemporary Russia in the wake of the 1998 financial crisis.  In the course of carrying out this work, Dr. Woolner and two colleagues drafted the small business-banking clause that was incorporated into the 2003 Bush-Putin Protocol on Banking Reform in Russia. The language used in this clause would form the basis of the Banking Reform Act passed by the Russian State Duma in October 2003. Dr. Woolner has also taught short courses on the New Deal and the Second World War at Moscow State University, and is a frequent guest of the MSU’s Roosevelt Foundation for the Study of the United States.