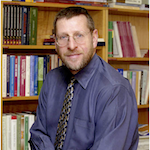 We invite you to the first Virtual (Zoom) Meeting of the LCFR, with Dr. David Dollar, a senior fellow in the China Center at the Brookings Institution and host of the Dollar & Sense podcast on international trade. He is a leading expert on Asian economies and U.S. relations with Asia.

From 2009 to 2013 he was the U.S. Treasury’s economic and financial emissary to China, based in Beijing. Before his time at Treasury, Dollar worked at the World Bank for 20 years. He was the country economist for Vietnam during 1989-1995, a period of intense reform and adjustment.

From 1995 to 2004, Dollar worked in the World Bank’s research department and published articles on trade and growth, economic reform in the developing world, and aid effectiveness. From 2004 to 2009 he was country director for China and Mongolia. Prior to his World Bank career, Dollar was an assistant professor of economics at UCLA, spending a semester in Beijing teaching at the Graduate School of the Chinese Academy of Social Sciences.

He is the author (with Yang Yao and Yiping Huang) of China 2049: Economic Challenges of a Rising Global Power (Brookings Press, 2020); Globalization, Growth and Poverty: Building an Inclusive World Economy (with Paul Collier, 2002); and many other books and articles in professional journals.

David holds the Ph.D. in economics from New York University and a BA in Asian studies from Dartmouth College.
Instructions for joining this presentation as a Zoom meeting are in the body of the email, and will be resent on the morning of June 9.