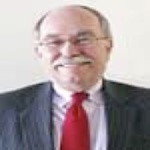 The Louisville Committee on Foreign Relations is very pleased to have as our October speaker Ambassador Shaun Donnelly, Vice President for Investment and Financial Services at the United States Council for International Business in Washington, D.C.

Donnelly brings to USCIB over 30 years’ experience with the U.S. Department of State in a wide range of roles including: Principal Deputy Assistant Secretary for Economic and Business Affairs; U.S. Ambassador to Sri Lanka; Deputy Assistant Secretary for International Trade; Deputy Chief of Mission at the U.S. embassy in Tunisia; and a detail as Assistant U.S. Trade Representative for Europe and the Middle East.

After retiring from the State Department in 2008, Donnelly held positions with the National Association of Manufacturers (as Senior Director for International Business Policy) and the U.S. Chamber of Commerce (as Vice President for Middle East Affairs). He has been a Board Member of the International Executive Service Corps since 2009, and Member of the Board and Chair of the Membership Committee of the American Academy of Diplomacy since 2011. He holds a master’s degree from Northwestern University and a bachelor’s degree from Lawrence University.

Please join us for this very important and timely meeting!