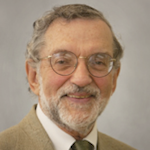 The Louisville Committee on Foreign Relations is very pleased to announce our first speaker for the 2017-2017 season, Ambassador Kenneth Yalowitz. Ambassador Yalowitz became the Director of the Conflict Resolution MA Program at Georgetown University on July 1, 2015. He is also a Global Fellow at the Woodrow Wilson International Center for Scholars in Washington, DC and an adjunct professor of government at the Stanford University in Washington Program. He served as the Director of the Dickey Center for International Understanding at Dartmouth College from 2003 -2011 following retirement from the US Department of State after 36 years as a career diplomat and member of the Senior Foreign Service.

Ambassador Yalowitz served twice as a U.S. ambassador: to the Republic of Belarus from 1994-1997; and to Georgia from 1998-2001. Other overseas assignments included Moscow (twice), The Hague and the US Mission to NATO in Brussels. He won a variety of awards for conflict prevention and overall diplomatic performance. In 1984, Ambassador Yalowitz received a superior honor award for crisis management in the downing of KAL-007. He was chosen for the Ambassador Robert Frasure Award for peacemaking and conflict prevention in 2000 for his work to prevent the spillover of the Chechen war into Georgia.

In 2009, he was invited to join the American Academy of Diplomacy and in 2011 he was elected to membership in the Council on Foreign Relations. He has authored or co-authored op eds and articles in publications such as the International Herald Tribune, Washington Post, New York Times, Orbis, Boston Globe, Christian Science Monitor, The National Interest, Project Syndicate, The American Interest, The Hill, Newsweek, CNN Blog and Reuters.

Ambassador Yalowitz completed his undergraduate work at the University of Wisconsin and holds a Russian Institute Certificate, MA and Master of Philosophy degree from Columbia University.

Please join us for what promises to be a fascinating and timely meeting, and bring a guest!