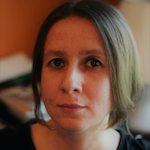 Ms. Anna Arutunyan is a Russian-American writer and currently a Global Fellow at the Wilson Center’s Kennan Institute. Born in Moscow, she was raised and educated in the United States before returning to Russia as a journalist. She has covered over two decades of Russian politics and society first as a reporter and editor at The Moscow News, Russia’s oldest English-language weekly, and then for Western publications.

More recently, Ms. Arutunyan served a two-year stint in Moscow as senior Russia analyst for the International Crisis Group, where she focused on conflict-resolution strategies and studied Russia’s changing role on the world stage. Her work has regularly appeared in Foreign Affairs magazine, USA Today, Foreign Policy and other publications worldwide. She is the author of three books on Russia, including The Media in Russia (McGraw Hill, 2009) and Freedom, Repression, and Private Property in Russia (with Vladimir Shlapentokh, Cambridge University Press, 2013). Her latest book is The Putin Mystique: Inside Russia’s Power Cult (Skyscraper Publications, 2014), which has been translated into over a dozen languages.

This event is made possible through the Kennan Conversation program at the Kennan Institute. Please note that Ms. Arutunyan will be joining us from Moscow for this event, so we will be starting at 1:00 pm eastern time (9:00 pm Moscow time). Also, we are strictly observing Chatham House non-attribution rules for this event.

Be sure to join us for this timely presentation!