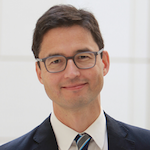 We are delighted to have Mr. Lucian Kim in-person to speak on Russia and the war in Ukraine. For the past 25 years, Lucian Kim has been based as a correspondent for leading U.S. news organizations in Berlin and Moscow. He has covered key events in recent European history: the rise of reunified Germany; the breakup of Yugoslavia; the eastward expansion of the European Union and NATO; and Vladimir Putin’s consolidation of power in Russia and his wars against his neighbors.

Growing up in rural Illinois at the end of the Cold War, Kim took a keen interest in the Soviet Union and devoured Russian literature and history books. He started studying Russian in college and backpacked across eastern Europe after the Berlin Wall came down.

In 1996, Kim arrived in Berlin on a Fulbright grant for young journalists. He started out as a correspondent for The Christian Science Monitor, reporting from central Europe, the Balkans, and the fringes of the former Soviet Union. He rode into Kosovo with NATO and trekked across Central Asia. In 2000, Kim made his way to the sliver of Afghanistan resisting Taliban rule to interview former Mujahideen commander Ahmad Shah Massoud, who warned the United States not to neglect his country. A year later, two days before 9/11, Massoud was killed by assassins posing as journalists.

After receiving a master’s degree in nationalism studies from Central European University in Budapest, Kim moved to Moscow in 2003. As business editor of The Moscow Times, he oversaw coverage of Putin’s seizure of his rival Mikhail Khodorkovsky’s oil empire. Later, as a correspondent for Bloomberg, Kim traveled with Putin as the only foreigner in his pool and covered Russia’s five-day war with its tiny neighbor Georgia.

In the winter of 2011-12, Kim chronicled in a popular blog the Moscow protest movement that saw the rise of Alexei Navalny as an opposition leader. In 2014, Kim was one of the few foreign correspondents already in Crimea when Putin began his covert invasion and reported on the Ukraine conflict for Newsweek, BuzzFeed and Germany’s Zeit Online. Back in Berlin, Kim also wrote regular columns for Reuters and Slate on European and Russian politics. A month after the 2016 U.S. presidential election, he returned to Russia, where he worked as National Public Radio’s Moscow bureau chief from 2016 to 2021.

Kim is currently a resident fellow at the Kennan Institute of the Woodrow Wilson International Center for Scholars in Washington, where he lives with his wife and son.