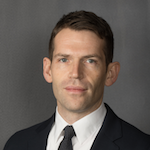 Due to popular demand, we are very pleased to present this special summer meeting of the LCFR with a very special speaker, Daniel Kurtz-Phelan, who will discuss his book The China Mission: George Marshall’s Unfinished War, 1945-1947 (W.W. Norton, 2018). Daniel Kurtz-Phelan became Executive Editor of Foreign Affairs, the flagship journal of the Council on Foreign Relations, in October 2017.

Daniel Kurtz-Phelan is also a Fellow in the International Security Program at New America, a nonpartisan think tank, and was a Researcher on the Faculty of New York University while completing his book on General Marshall.

He also completed fellowships at the Woodrow Wilson Center for International Scholars, in Washington DC, and the Centre for Policy Research, in New Delhi, and his writing on foreign policy and international affairs has appeared in publications including Foreign Affairs, The New York Times, Foreign Policy, and The New Yorker. He studied history and international relations at Yale University.