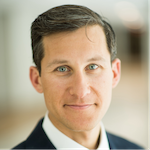 Blaise Misztal is the Vice President for Policy at JINSA. His research interests include Iran and its nuclear program, U.S.-Turkey relations, countering extremism, and strategic competition. JINSA, the Jewish Institute for National Security of America, is a Washington, D.C. based non-profit think-tank and lobby. Misztal will be discussing the current state of nuclear negotiations with Iran and resuscitation of the JCPOA.

Most recently, Misztal was a Fellow at the Hudson Institute. Prior to that, he served as the Executive Director of the Task Force on Extremism in Fragile States, a congressionally mandated project convened by the U.S. Institute of Peace, and Director of the Bipartisan Policy Center’s National Security Program.

Misztal spent a year as a Nuffield Fellow at Nuffield College, Oxford University. He was selected as a future leader by the Foreign Policy Initiative in 2010 and named as a national security fellow by the Foundation for Defense of Democracies in 2011.

He has testified before Congress and published widely—including op-eds in the Washington Post, Wall Street Journal, New Republic, and Roll Call. His recent publications include “Iran Negotiations Need Clear End Date For Any Agreement” (The Hill, 12 January 2022; and “Don’t Believe Iran’s Claims of Another Nuclear Milestone,” The National Interest (1 November 2021, https://jinsa.org/dont-believe-irans-claims-of-another-nuclear-milestone/

Misztal holds an M.Phil. in political science from Yale and an A.B. with honors from the University of Chicago.