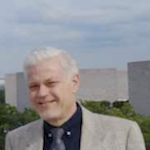 Rodger A. Payne is a Professor of Political Science at the University of Louisville and an Associated Faculty member with the Film Studies and Production minor. During fall 2018, he was Fulbright Canada Research Chair in Canadian-U.S. relations at Carleton University’s Norman Paterson School of International Affairs.

Payne is the coauthor of Democratizing Global Politics (State University of New York Press, 2004) and the author of more than 40 academic journal articles and book chapters. His most recent publications include analysis of Donald Trump’s “America-First” strategy and US-Canadian relations, the global campaign to stigmatize and ban nuclear weapons by international treaty, and the uses of the film Dr. Strangelove in International Relations courses. He has also recently published articles on the global politics of climate change and the use of zombie apocalypse analogies in International Relations. He is currently working on two projects focusing on international concern that the United States has been abandoning its commitment to multilateralism in the post-Cold War era.

From 1994-2011, Payne directed the Grawemeyer Award for Ideas Improving World Order. Payne also served as his Department’s Chair for eight years. He previously taught at Northwestern University and was a visiting research fellow at Harvard’s Belfer Center for Science and International Affairs, Stanford’s Center for International Security and Cooperation, and the University of Chicago’s Program on International Politics, Economics, and Security.

Payne has received research funding from the International Peace and Security Studies Program and was a member of the two-person 1983 National Debate Tournament championship team from the University of Kansas. He completed an M.A. and Ph.D. in Government and Politics from the University of Maryland and has an M.A. degree in Communication from Baylor University. Payne has been married to his wife Christine since 1991 and they have two daughters.