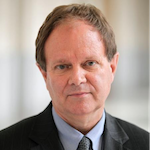 We are very pleased that Dr. James F. Hollifield has agreed to speak to our Committee on the timely topic of immigration. Dr. Hollifield is Ora Nixon Arnold Professor in International Political Economy and Director of the Tower Center at Southern Methodist University (SMU) in Dallas, Texas. He is a member of the New York Council on Foreign Relations and a Global Fellow at the Woodrow Wilson International Center in Washington, DC.

Dr. Hollifield has written widely on issues of political and economic development with a focus on migration, and he has served as an advisor to governments in North and South America, Europe, Africa, and East Asia. He consults with many international organizations, including the United Nations, the World Bank, the Inter-American Development Bank, the European Union, and the Organization of American States.

Dr. Hollifield was educated at Wake Forest College (BA with honors in politics and economics), and he studied at Sciences Po Grenoble and Paris (DEA in applied economics) before completing his PhD in political science at Duke University. In addition to SMU he has taught at Brandeis University, served as a Research Fellow at Harvard’s Center for European Studies and MIT’s Center for International Studies, and was appointed Director of Research at the CNRS and Sciences Po in Paris. He is a Fellow at the Center for US-Mexican Studies at the University of California at San Diego, at the Institut zur Zukunft der Arbeit (IZA) at the University of Bonn, and the Global Migration Centre at the Graduate Institute of International and Development Studies in Geneva.

In 2016, Hollifield received a Distinguished Scholar Award from the International Studies Association, and in 2021 he was appointed as a Fellow of the French Institute of Advanced Studies in Paris.

Please scroll down for a photo of Dr. Hollifield, and be sure to join us for this timely presentation!