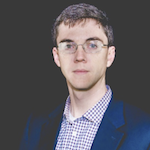 David Buckley is Assistant Professor of Political Science, and Paul Weber Endowed Chair in Politics, Science & Religion at the University of Louisville. David recently concluded a term as a Senior Advisor in the State Department’s Secretary’s Office of Religion and Global Affairs (S/RGA), where he served as a Council on Foreign Relations International Affairs Fellow from August 2016-July 2017.

The Religion and Global Affairs office is tasked with assessing the global impact of religious actors on US foreign policy interests, and serving as a point of contact between the diplomatic corps and religious actors. At the State Department, his portfolio focused on the intersection between religious dynamics and U.S. efforts to promote good governance, including anticorruption campaigns, promoting credible elections, and combatting human trafficking.

David’s academic research focuses on religion and international affairs, and in particular on the contentious relationship between religion and democracy. David’s book, Faithful to Secularism: The Religious Politics of Democracy in Ireland, Senegal and the Philippines (Columbia University Press, 2017) was awarded the 2018 Religion and International Relations Book Award by the International Studies Association. His research and writing has appeared in leading journals of political science and media outlets including the New York Times, Washington Post and Wall Street Journal.

He has served as a research fellow at Georgetown University’s Berkley Center for Religion, Peace, and World Affairs, the Ateneo de Manila University’s Ateneo Center for Asian Studies, the West African Research Center in Dakar, Senegal, and Trinity College Dublin’s Irish School of Ecumenics. He was awarded a George C. Mitchell Scholarship for his M.A. studies in Comparative Ethnic Conflict at Queen’s University Belfast, where he advised faith-based organizations involved in implementing the 1998 Good Friday Agreement. In addition to his academic research, David worked on the intersection of religion and foreign affairs at the Center for American Progress, and in the office of the late Senator Paul Wellstone.